Running Out Of Excuses

If you had told me a year ago I’d be writing a blog about running, I honestly would have laughed at the thought. Despite enjoying many forms of exercise throughout life from Brazilian Jiu Jitsu and Muay Thai Boxing to Gymnastics, Football and Rowing, running has never once been welcomed as a part of that list. I mean, I won’t lie, this blog is coming to you from someone whose exercise hobbies are mostly short-lived due to a busy schedule and a million excuses.

The truth is, when it comes to exercise I am my own worst enemy and even if I want to do something it will take me awhile to convince myself to do so. But running…that has always been the thing on my list that I thought was the worst exercise of them all. My mind has always boggled at the prospect of getting up at the crack of dawn each day to shuffle along the road out of breath. This is without even considering the amount of pain it inflicts on the body, as well as the boredom of staring into a blank, open space as my knees rise and fall like the side rods of an old steam train.

Finishing a run (hilarious to even type that), exhausted yet victorious, I’ve found that it is still all those things to me…but i’m now actually enjoying it!…ish.

I’m very aware that I tend to do a lot of things in life because of the modern, self-diagnosed excuse ‘FOMO’ aka ‘fear of missing out’. At the start of the year, I would sit in the staff room and have lunch with my work pals and talk about our New Year’s resolutions. Exercise seemed to make an appearance on my list of resolutions every year without ever really coming into play with dramatic (or any) effect. It’s like that friend or member of the family that makes an appearance every now and again and you enjoy their company for a short while until they disappear again.

Weeks go by and every lunchtime, we share our successes with various forms of exercise, and running seems to crop up as a regular theme. Looking back, I’d say Dionne was the instigator of running madness within our team. If any of you have met our Head of Marketing, you’ll know she’s a bubbly character who’s not shy of telling anyone about her many talents when it comes to exercise. I would say most of the staff at hi-impact are very competitive, but also the type of people to get behind you and encourage you to push yourself or try something new. This is why I agreed to download the Couch to 5K App and give it a go after too many lunch times spent with Dionne and others telling me I could probably do it if I just applied myself. It’s pretty funny to think back that all of these conversations would happen whilst I was most likely in the middle of my second lunch, or post lunch snack because it’s no secret that I seem to be the food bin of our company. I just like a snack, okay?!

Anyway, I downloaded the app and built myself up to start the programme. Dionne and a few techies in the team had already started Couch to 5K so I had an idea of what I was getting myself into. For those of you who don’t know, it’s an app created by the NHS designed to help get you running by gradually building up your stamina over 3 runs a week. You also get to choose from a list of celebrities who will be the voice of encouragement and guidance throughout the run. I chose Geordie Comedian, Sarah Millican, because her soft voice wouldn’t offend me in the hell-hole that was a run and, who knows? She might crack a joke or two to get me through it.

Week 1 goes by and I’ve managed to actually stick to three runs, week 2 comes and it’s a little harder but after some encouragement from my lunch time pals I manage to get 3 runs in. Running is the worst, it’s boring and I get pins and needles so bad during every run that I’m convinced my feet are no longer attached to my body. Week 3 comes and there is a bigger obstacle because I’ve got to get on a run but i’m working away in France on a project for one of our clients. The nature of working at hi-impact and in media is that schedules change regularly and the whole team is always very busy. I had a spare hour in my day and forced myself out on a run across the Promenade des Anglais in Nice. This turned out to be the most ridiculous run on the whole running programme and I spent most of the time smiling and thinking about how lucky I am that my job gets me to experience places like this.

Every run, myself or Dionne would complete, we’d text each other a screenshot of the run report from Map My Run so we had accountability for every run. We’d use each other as inspiration and madly celebrate improving a run, even if it was just by a couple of seconds.

At this point others in work had also begun to get back into running and every day we’d share stories of our challenges. The weeks went on and with a lot of encouragement and peer pressure I managed to get to the end of Couch to 5K! Unbelievable. Being the competitive souls we are, towards the end of the programme we’d push ourselves even further than 5K and ended up on runs that would hit 6, 7, 8 or even 10k. I’ve even ended up on runs at 5am because I couldn’t get back to sleep which is the biggest shock of all.

I won’t lie to you now, every run and every week was a massive struggle and still is a month after completing Couch to 5K. I ran so slow that it was difficult to overtake walkers. I would be so out of breath people would probably question if I was about to cough up a lung. But gradually it began to get a little easier with every run. There are a lot of factors that affect a run; from what you’ve eaten that day, how much sleep you’ve had, the time of day, the weather and your general mood – which all just add to the challenge.

Completing Couch to 5K, we were clearly now elite (in our eyes) and decided to start a ‘hi-impact running club’ group with the running enthusiasts across the company. It’s a great group because it’s all about running. No work talk comes into it, we share our run successes, struggles and improvements. It’s a great way to keep on track and see everyone’s progress. Everyone is different, some run further, faster, slower or shorter but regardless of the run, it’s about being there to show support for one another.

Running is definitely a battle with yourself. Looking back at my history with exercise, it makes total sense that I have only really done team sports. What’s great about hi-impact is it’s a place that, even when doing something like running on your own after work, the team comes together to support you.

If you’ve been thinking about getting out for a run or even not tried in years because you didn’t think it was possible, I’d seriously recommend the Couch to 5K app. It’s given me such a sense of achievement for something I never thought possible and I’m even managing to stick to it! In true Oscar style, I’d like to thank Dionne, Sarah Millican and the rest of the hi-impact running club for motivating me to get out and give it a go. Now I’m off to get a snack! 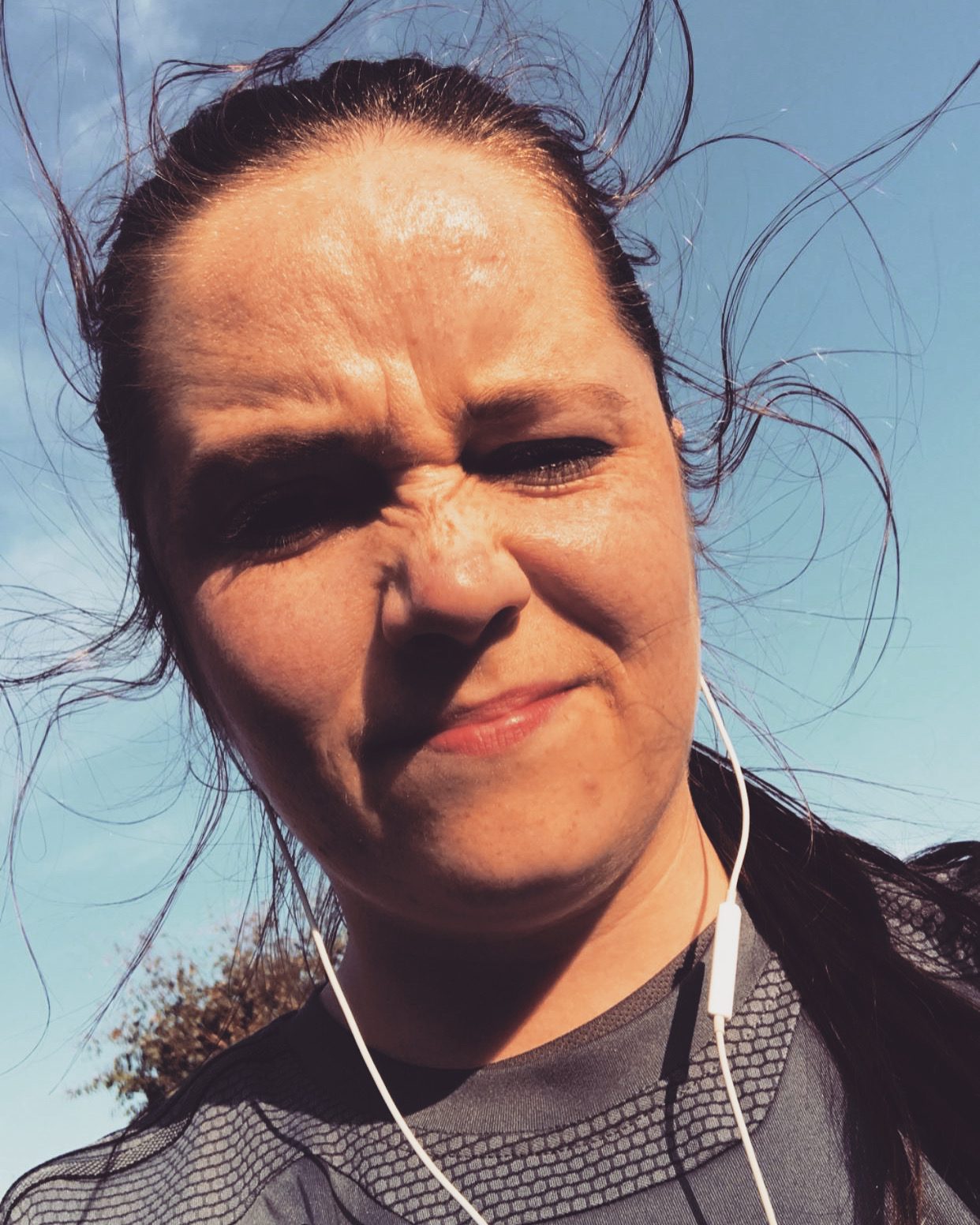 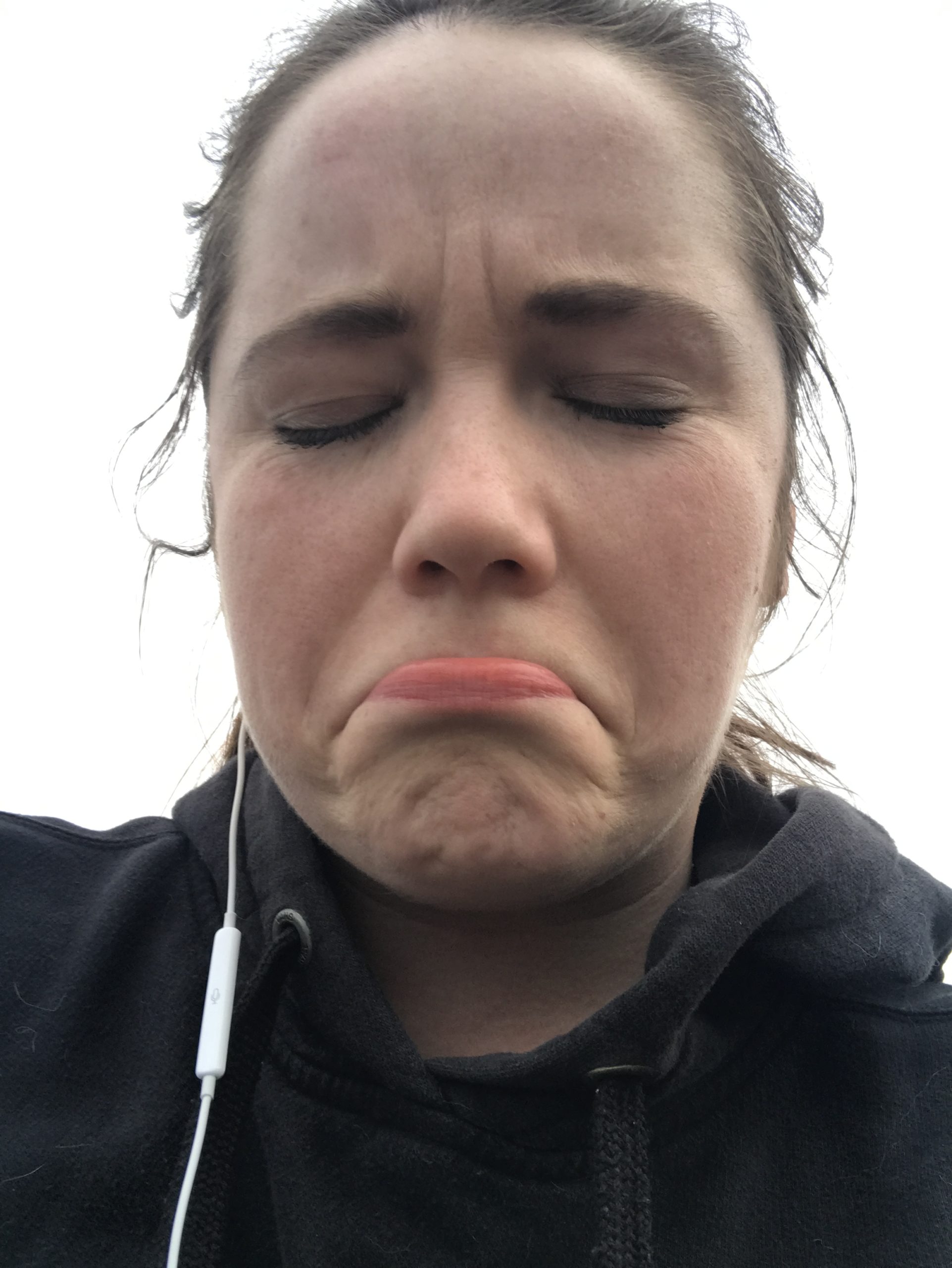 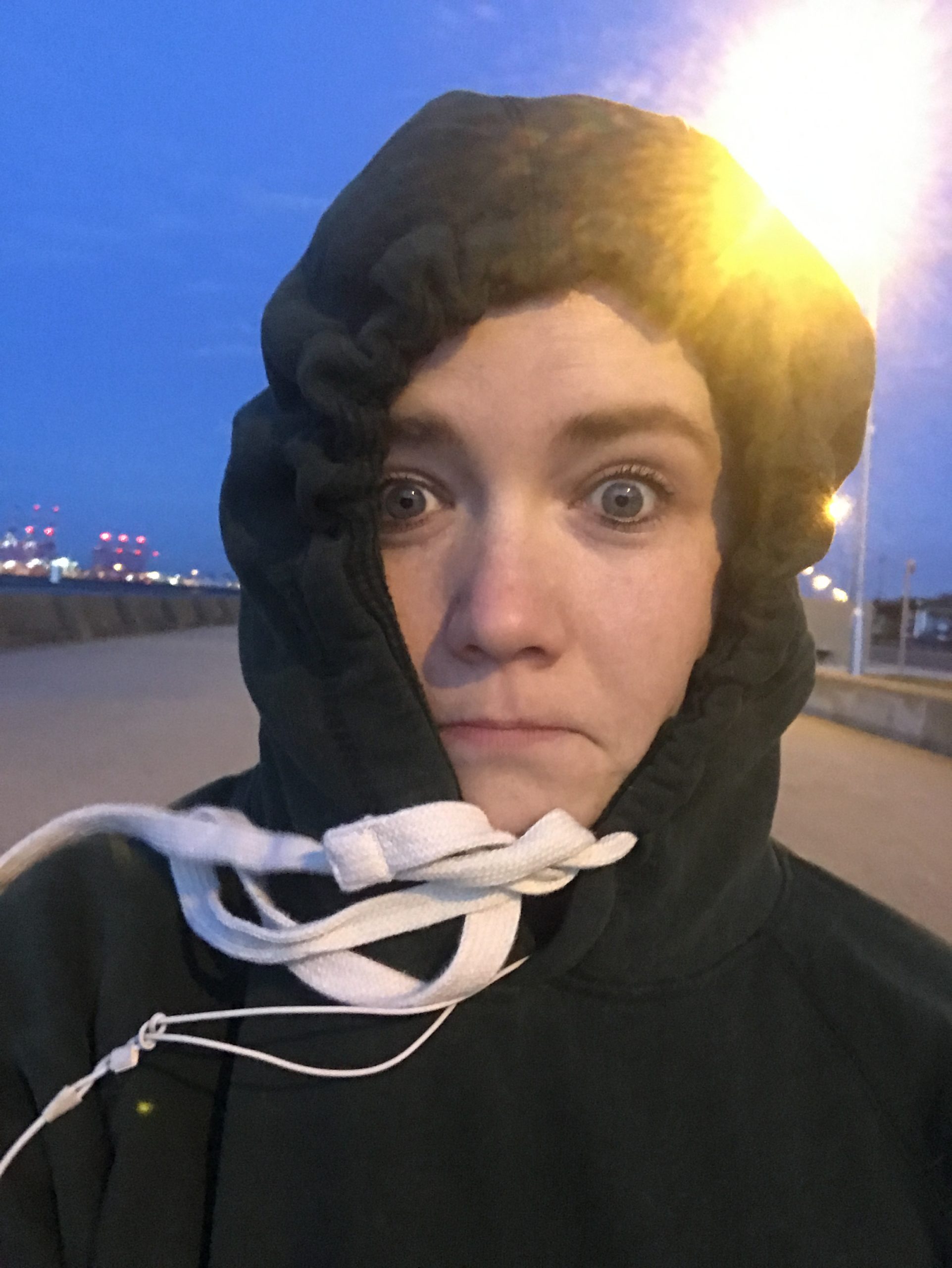 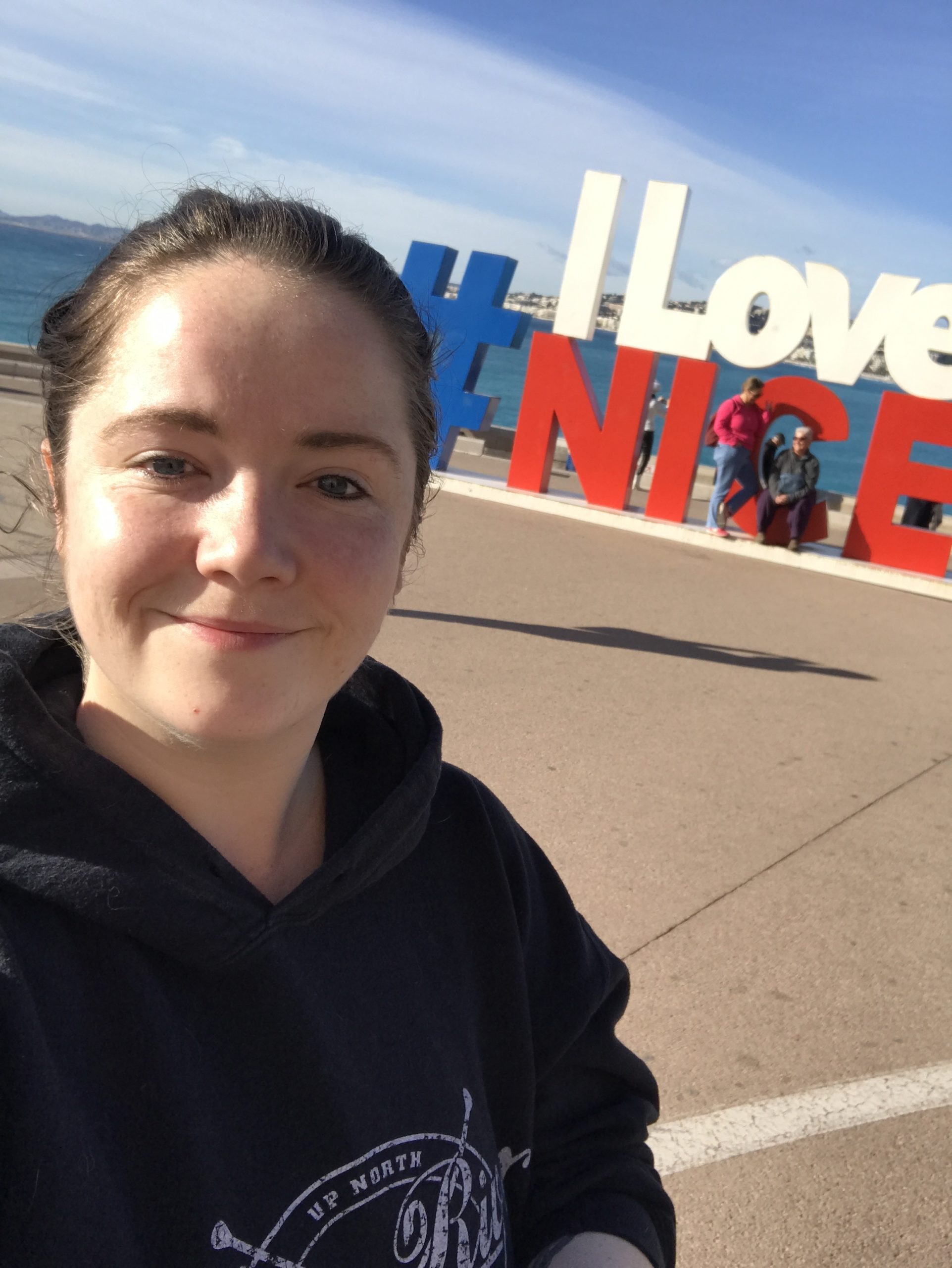 Meet our newest recruits, Andy and Emily, who successfully applied to our vacant media positions and are now fully-fledged members of the hi-impact creative team!

Hallmark Jewellers: How to be a Proactive Business During the Pandemic

Hallmark Jewellers: How to be a Proactive Business During the Pandemic     Rather than draw a line in the sand and rest on their laurels, Hallmark Jeweller’s continues to adjust, adapt and evolve during the COVID-19 pandemic; seeking out new, more...
Read More

Frustrated by your underwhelming video interview? Here’s where you went wrong.

Frustrated by your underwhelming video interview? Here's where you went wrong.      At hi-impact, we shoot our fair share of talking-head interviews and while most clients come prepared, some don’t always know what is expected from them. So we thought...
Read More

Create lasting results with professional video     These days we all have access to a high quality camera in our back pocket, so why would we even consider seeking out a specialist? Because if you are looking to really make a splash with your video...
Read More

Virtual School Induction     Whether it’s getting to know a new school or transitioning into a new Key Stage, change is difficult. This is especially true as we continue to experience uncertainty in regards to the COVID-19 pandemic and the regulations...
Read More

The Talented Ms. Ripley     After patiently waiting for a few weeks for the thumbs up from our landlord we finally had permission to get a cat. We still mulled it over for a good few weeks after knowing how big of a commitment it would be and we wanted...
Read More

Virtual Tours: A Great Tool Of Real Estate      Listed properties with virtual tours generate 40% more clicks than those without and target a wider geographical demographic; with buyers being able to determine whether a property is right for them...
Read More

Running out of Excuses

Running Out Of Excuses     If you had told me a year ago I’d be writing a blog about running, I honestly would have laughed at the thought. Despite enjoying many forms of exercise throughout life from Brazilian Jiu Jitsu and Muay Thai Boxing to...
Read More

Creating a Perfect Explainer Video: The 6 Steps     Explainer videos allow businesses to present a process, product or story in a straightforward manner. Stereotypically, they will include a voice over with illustrated visual aids and animated text to...
Read More
This website uses cookies to improve your experience. We'll assume you're ok with this, but you can opt-out if you wish. Cookie settingsACCEPT
Privacy & Cookies Policy